If you follow us on social media, you might have already heard the news: we've won another award!

Last week, some of the TM team went to Coventry's Ricoh Arena to attend the glittering BPMA Awards: an annual celebration of the industry, hosted by the British Promotional Merchandise Association. 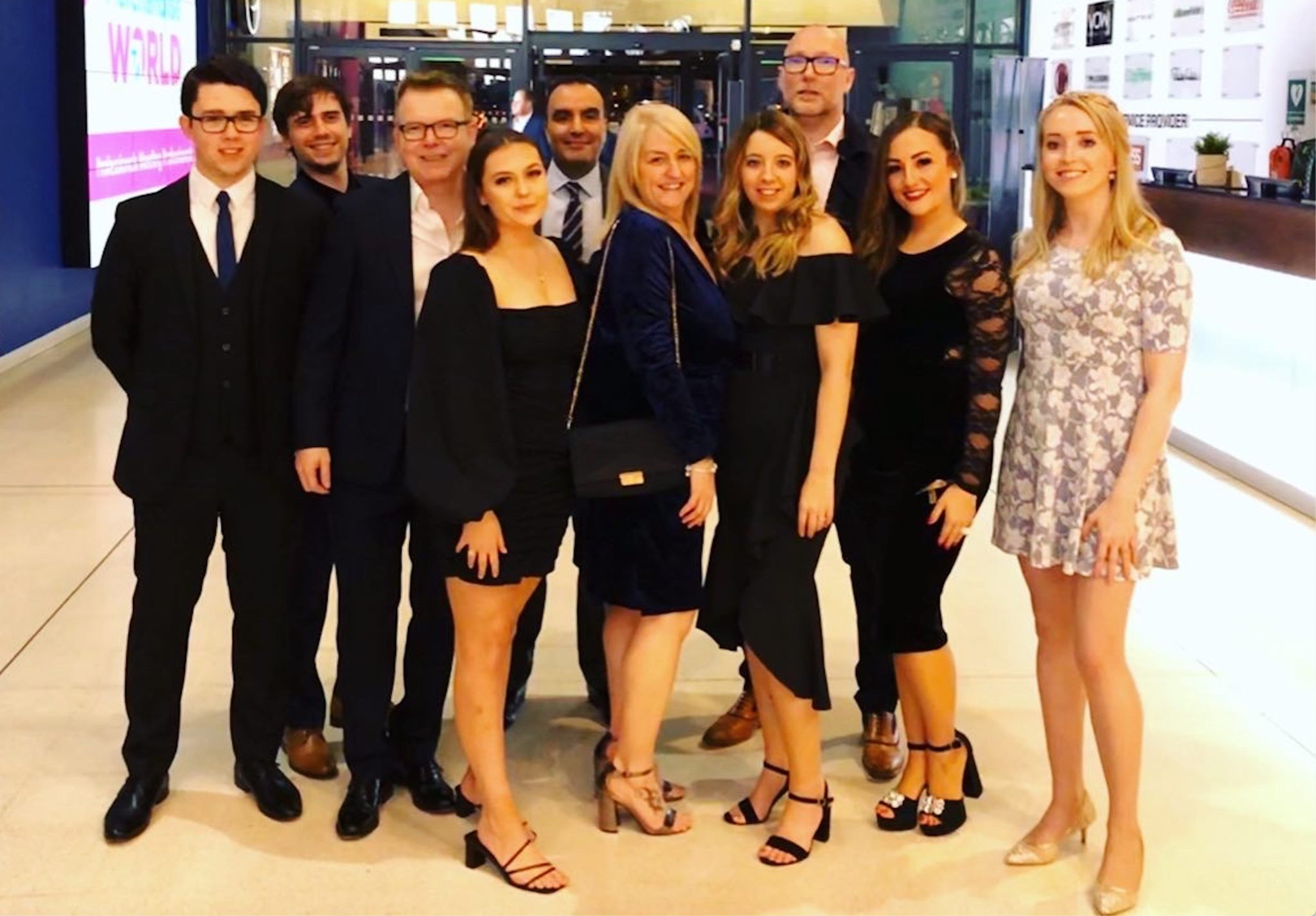 Attended by around 450 professionals from across the country and hosted by the hilarious Martin Bayfield (rugby legend, actor and compere extraordinaire), the event comprised a three-course dinner and a series of prestigious awards for suppliers and distributors, all followed up by an excellent band and a twirl on the dancefloor.

Taking our seats at the TM table as the awards began, it's safe to say we were excited and nervous to find out whether we had made it onto the shortlist, let alone whether we'd won. After much anticipation (and some delectable cuisine), it was finally time for the results of our category, Distributor of the Year (£5m+), to be read out.

The final award of the night, we were delighted to hear our name read out on the shortlist - and even more thrilled when we were announced as the winner. Naturally, our three co-founders, Jason O'Connor, Michelle Rae Stoddart and David Stoddart, were all delighted by the news. 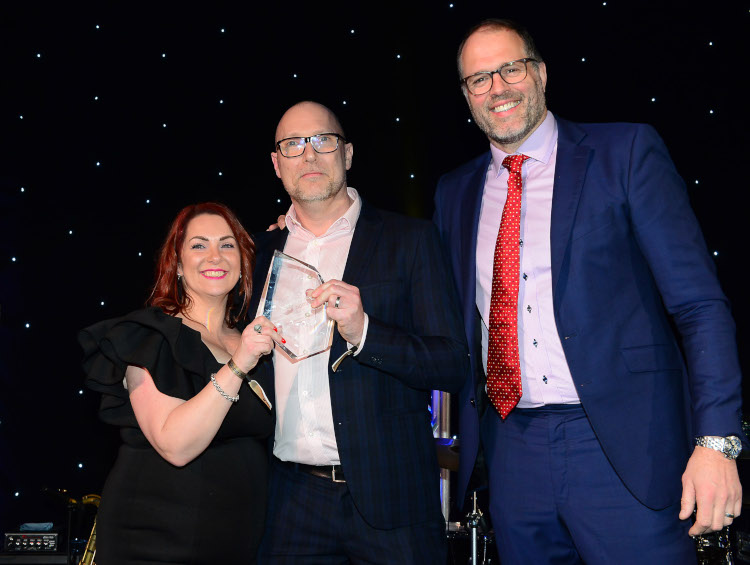 “We were shocked and amazed to win,” says Jason, who went on-stage to collect the award from Martin Bayfield and Leann Howard from category sponsor DTB. “We had a brilliant night and would like to thank everyone who voted for us. The event was a fantastic celebration of an industry that we’re very proud to be a part of, and it was also a great opportunity to catch-up with a room full of friends.”

Michelle was over the moon when she realised TM had won. “We are absolutely delighted to win this award,” she says. “I would personally like to thank all our team at TM, as well as our clients and suppliers, for helping us achieve this!” 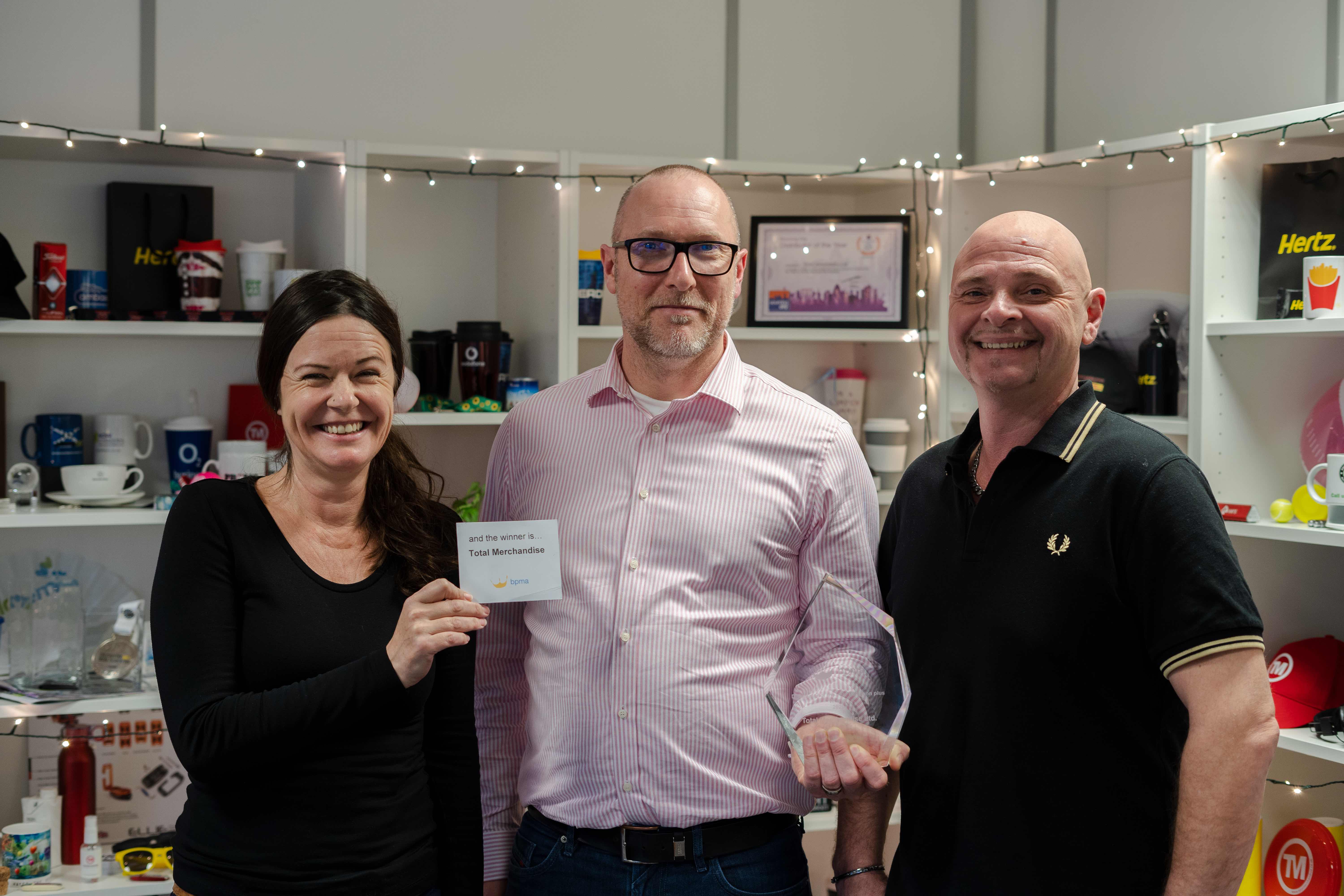 Of course, this isn't the only award we've won in recent times; we also won promotional merchandise Distributor of the Year 2019 in the Sourcing City awards back in December. 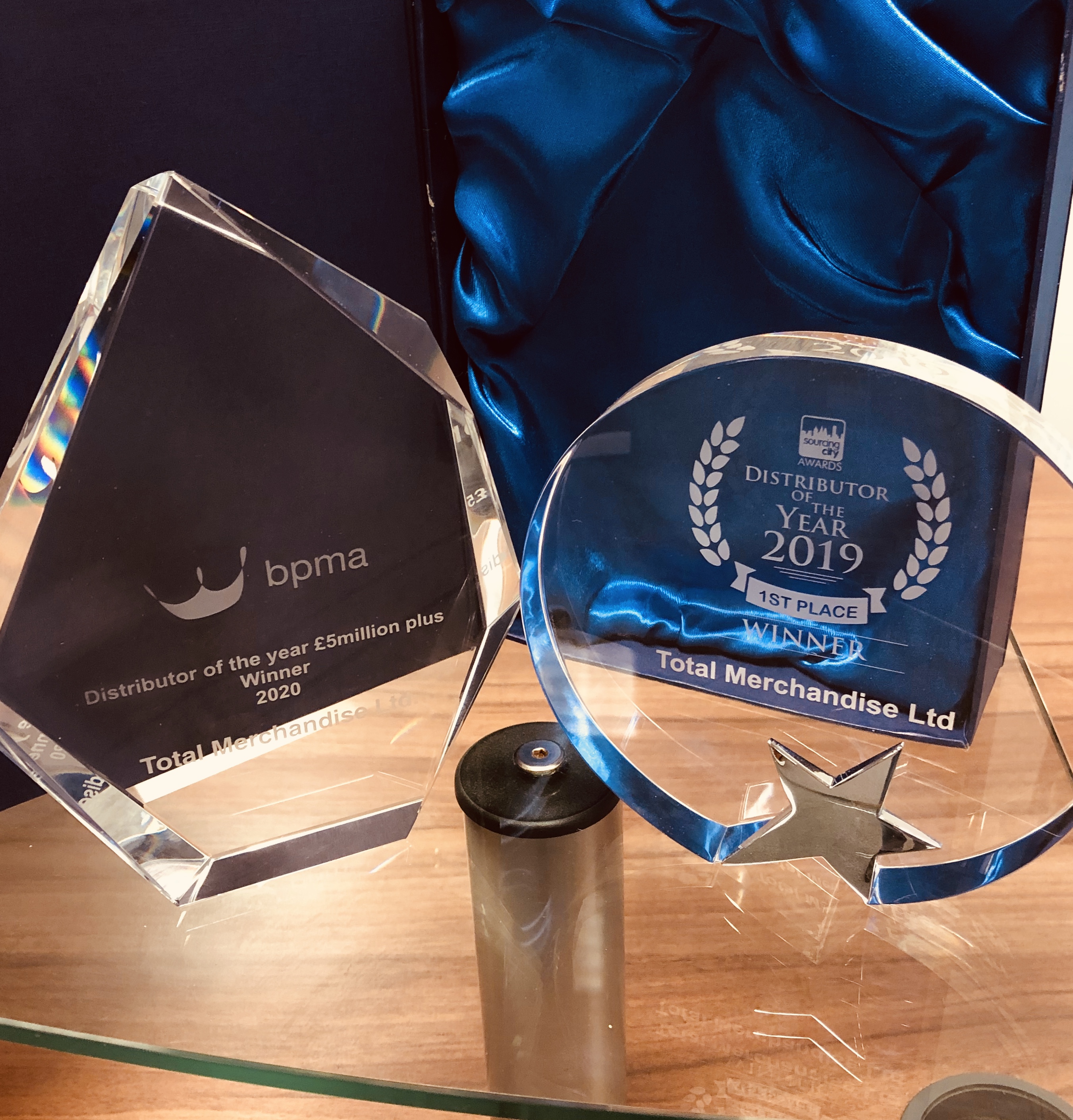 Dave adds: “After 15 years of hard work, early mornings and late nights we have finally achieved our dream, to be number one in the industry! Along with the Sourcing City award a couple of weeks back, I can honestly say I am chuffed to bits. To win two top-class awards in one year is just phenomenal.” 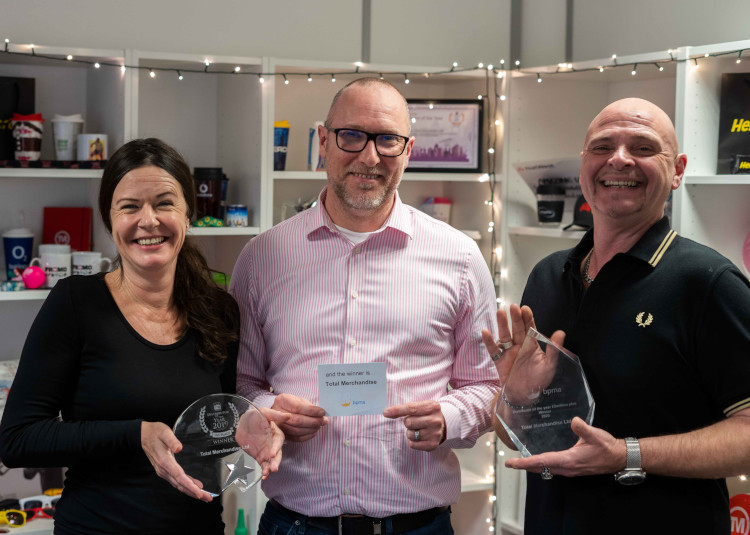 Michelle, Jason and David with our two trophies.

Another huge 'thank you' to everyone who voted for us to win these awards - we're absolutely delighted to have been chosen by the industry as your winners. 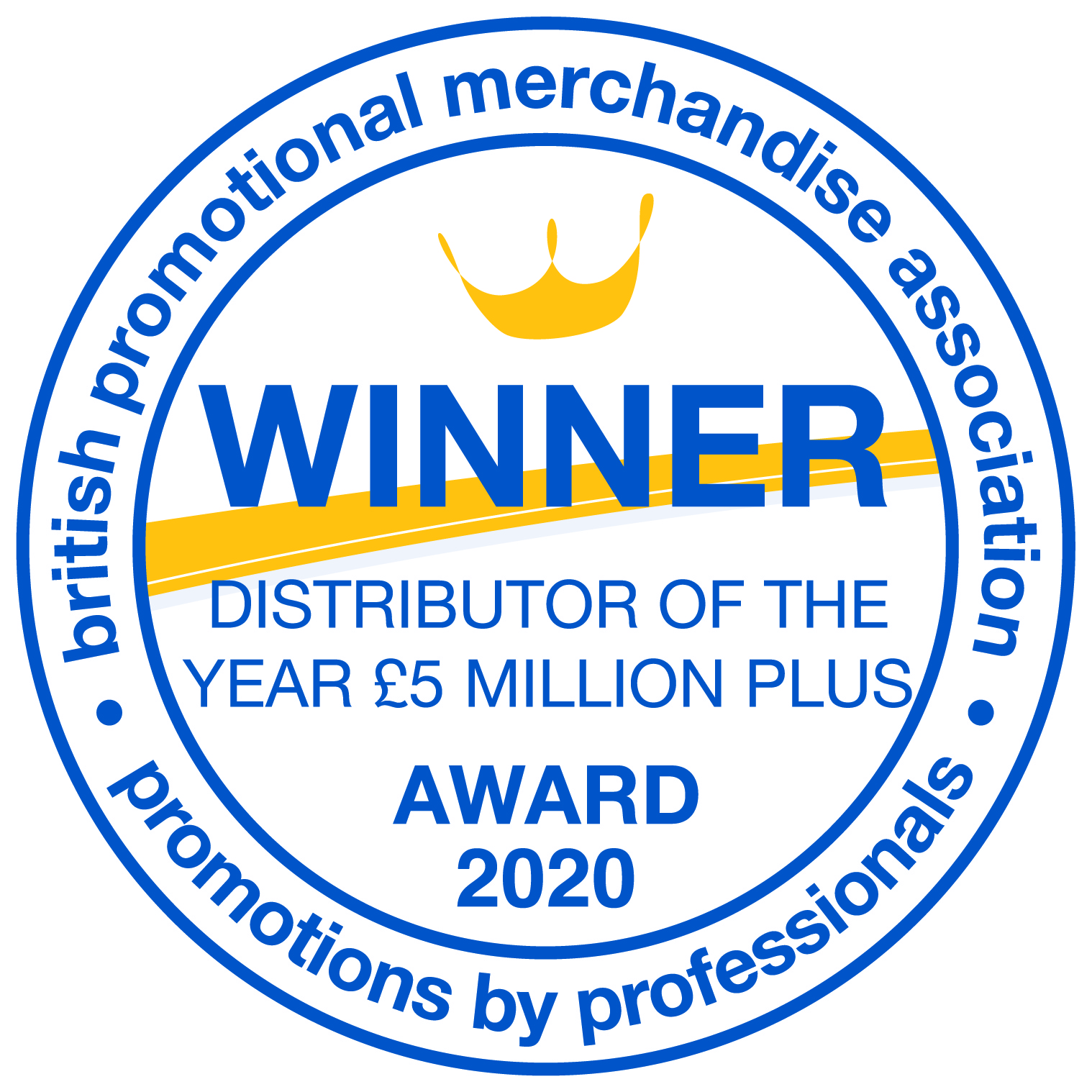 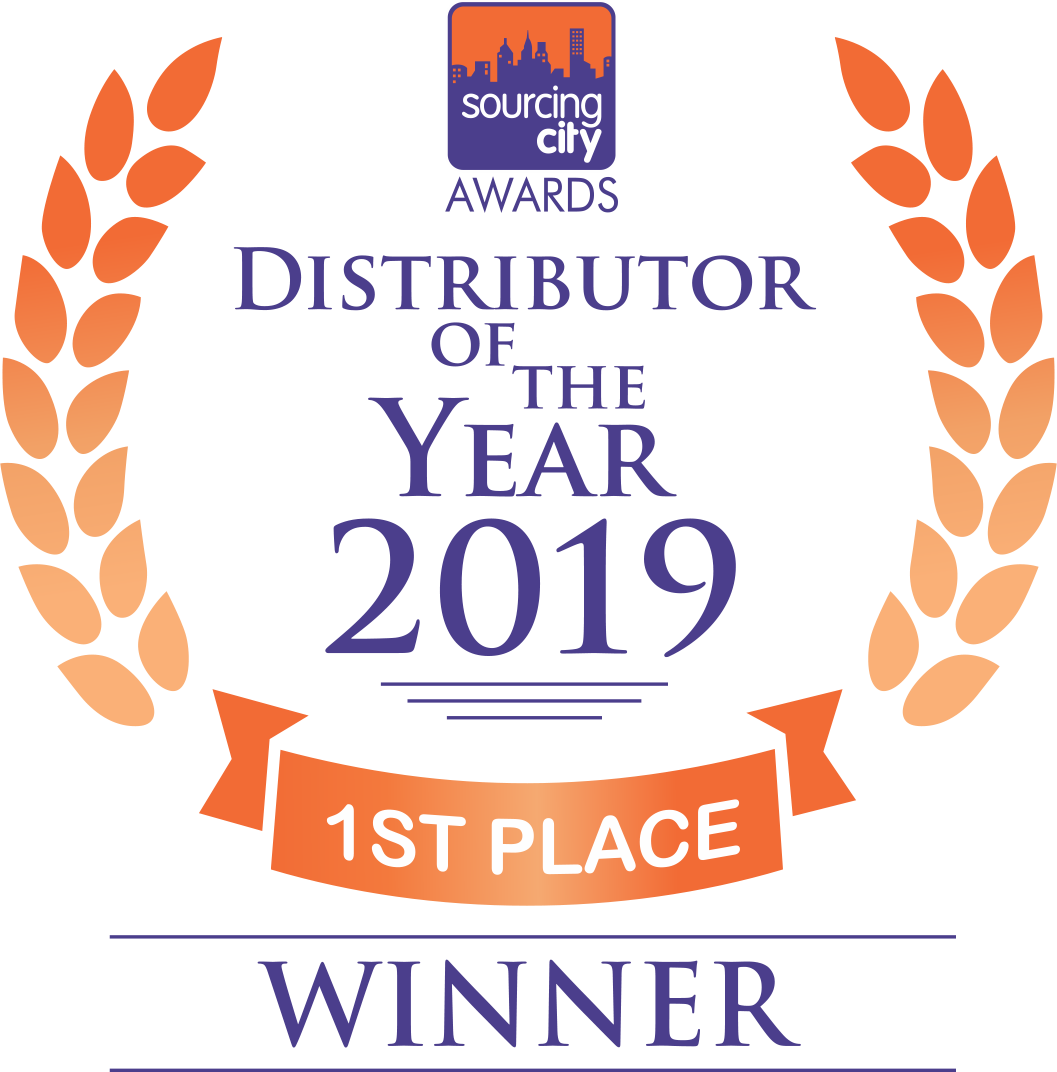 So, there we have it: Total Merchandise is officially the winner of the two biggest awards in the promotional merchandise industry! And here's to many more...

At Total Merchandise, our friendly and experienced team are ready to help you find the very best promotional products to match your business' unique needs. Browse our full range of promotional merchandise and contact us today to receive a quote for your brand.

We've got some big news - massive news, in fact - Total Merchandise has just won yet another award! The TM team are over the moon to say that we have been...

If you follow us on social media, you may have already heard the good news... We've won an award! The team at Total Merchandise are over the moon to have been vote...

TM Celebrates it's 17th Birthday - Happy Birthday to Us!

We've got some big news to share: it's our birthday! Today (3 September 2020) marks 17 years since Jason O'Connor, David Stoddart and Michelle Rae Sto...