Whether you like it or not, Valentine's day is coming up... Restaurants will be full and shops will be filled with heart-shaped chocolates. At least that's what Valentine's Day is now. In this blog, we'll be looking at the interesting history of Valentine's day, as well as some fun facts about it in the modern day.

How did it start?

There are various theories about how Valentine's day began. We covered a few in our recent blog post, "Valentine's Day With Total Merchandise". The most popular theory for how Valentine's Day began goes back to the Roman empire. Rumour has it Emperor Claudius II outlawed marriage of young men as he thought married men didn't fight as well as unmarried men. A bishop by the name of Valentine fought against the law, performing marriages in secret. When the Romans found out, Bishop Valentine was sent to prison and executed. While he was in jail, Valentine sent a note to the jailor's daughter signed, "From your Valentine".

More sceptical folk believe Valentine's Day was a creation of greeting card companies, manufactured in order to sell more cards. If this is true then they did a good job, as Valentine's Day sells the second most amount of cards for all holidays.

How many cards are sent?

Research shows that 180 million Valentine's Day cards are sent each year. That's an impressive figure, but there's more! On average $13 billion (over 9 billion Great British Pounds) is spent on Valentine's Day (that includes cards, as well as meals, presents etc.) Furthermore, almost 200 million roses are produced each year due to Valentine's Day demand.

What if I'm single? 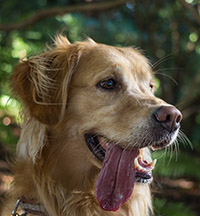 Many people are single on Valentine's Day, don't worry there's a couple of other ways you can celebrate. Have you ever heard of Singles Awareness Day? Abbreviated as SAD, Singles Awareness Day is celebrated on 14th February and involves treating yourself to a gift or fun activity or doing something with your friends.

Alternatively, if you have a pet, you could do what roughly 3% of pet owners do on Valentine's Day and give a card to your pet.

Valentine's Day may seem like a relatively modern holiday, however, these traditions go way back! The idea of giving a box of chocolates to a loved one goes back over 140 years. Valentine's Cards were sent in Victorian times when it was considered bad luck sign your name on a Valentine's Card.